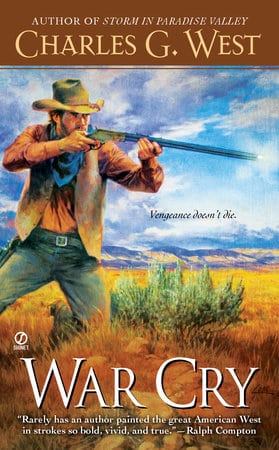 Will Cason, cavalry scout at Camp Supply, rescues a young widow named Sarah from an ambush by Cheyenne warriors. Will’s deadly skill with a Winchester rifle results in the deaths of several Cheyenne and earns him a mortal enemy in the person of Bloody Hand, a Cheyenne war chief. After seeing Sarah and her young daughter to safety at Fort Dodge, Will reports back to the army for scouting duties, but finds he has formed a rather strong attachment to both mother and daughter. It seems unlikely he will see them again when Bloody Hand leads a major attack against the army, with a special emphasis upon killing the white devil who killed his warriors.