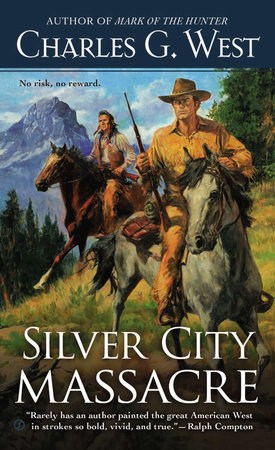 After Lee’s surrender ending the Civil War. Lieutenant Joel McAllister decides to resign his commission in the Confederate Army. Having had enough of war and the army, he decides to go out to Idaho Territory to join his brother, who has a mining claim near the town of Silver City. Joel’s long faithful sergeant, Riley Tarver asks to go with him, so the two partners head west through Comanche country. Along the way, they increase their party to four when they come upon a woman and a young girl, the only survivors of a Comanche attack. Joined later on by a Bannock warrior, the party of five head to Silver City, only to find Joel’s brother involved in a claims war.