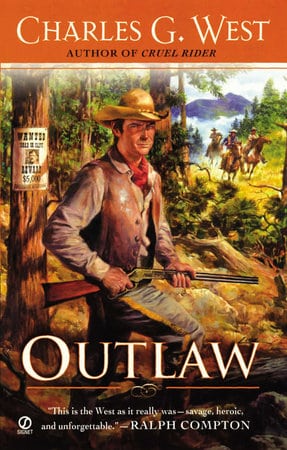 Book 1 of the Matt Slaughter Series

When war came to the Shenandoah Valley, Matt Slaughter and his older brother, Owen joined the Confederate Army to defend their homeland. When the cause was lost, the brothers returned home only to find that Owen’s farm has fallen into the hands of swindlers. When Owen accidentally kills a Union officer during an argument over the land, Matt takes the blame since he has no wife or children. Facing a sham trial and a very real noose, he escapes to the West where he saves the life of another fugitive. Though a breed apart from other men branded Outlaw, they are hunted just as relentlessly.