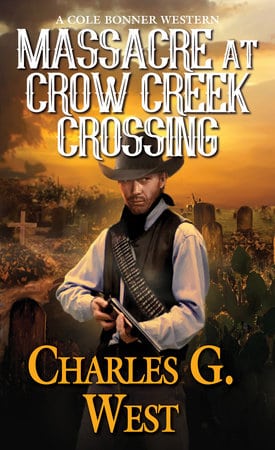 Book 2 of the Cole Bonner Series

Crow Creek Crossing has played a key role in the life of Cole Bonner. Both good and bad memories have followed him from the town, one of which resulted in his becoming a loner who roamed the high mountains, seeking solace for the tragic slaughter of his wife and children. In his wandering, he came upon an elf-like little man named Harley Branch. Through Harley, Cole became friends with the people of a Crow village and found a new peace in his life. It was not to last, however, for it was his fate to encounter two killers who lead him back to Crow Creek Crossing.