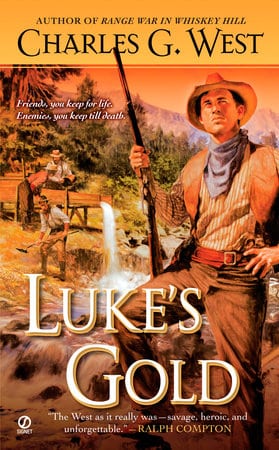 Young Cade Hunter knows horses. He’s worked with them since he was a small child, and his ambition has always been to have his own ranch where he can raise them. Hearing tales that there are many herds of wild horses in Montana Territory, he hires on with a cattle drive to work his way to Miles City. On the drive, he befriends Luke Tucker, and by the end of the drive, Luke tells him of a gold shipment, lost during the Civil War, and that he knows where it is. The two new partners decide to go after the gold, but trouble in the form of Lem Snider is just the first of many obstacles that turns their journey into a fight for life, for Snider knows that Luke was one of the escort troops on the gold shipment. He wants the gold, too, and Snider doesn’t intend to share.