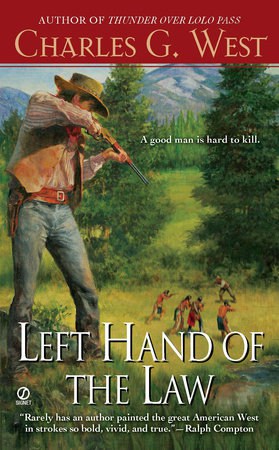 After a corrupt deputy killed his family, burned down his home, and left him with nothing but a sword scar across his face, Ben Cutler came back to settle the score. The townsfolk called it justice, but a judge called it murder – so now Cutler is on the run, a wanted man.
Trailed by an obsessed federal marshal, ambushed by a vengeful Sioux warrior, and running afoul of a low-down scoundrel in Deadwood, Cutler is in for a long, hard ride before he can find any peace. But when he comes to the aid of a westbound family, he begins to discover something he thought he’d lost forever: hope.