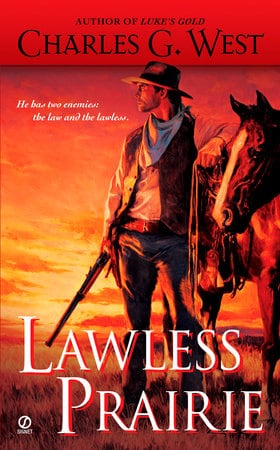 Young Clint Conner made a decision when he was eighteen to free a spirited Appaloosa from the cruel treatment the horse was receiving at the hands of the owner’s foreman. Clint was brought up before the judge on a count of horse stealing and sentenced to half a dozen years in prison. A bit harsh, but understandable when one considers the judge was also the owner of the horse.

When notorious outlaw, Clell Ballenger pulls off a daring daylight escape from The Wyoming Territorial Prison, Clint happens to be caught up in the middle of it, and is forced to escape with Ballenger because the outlaw plans to leave no witnesses. At first opportunity, Clint parts ways with the hunted killer and his gang, but it seems that his destiny demands that he cannot avoid crossing paths with Ballenger as well as deputy marshal Zach Clayton. Clayton has a reputation for always getting his man, and he’s not about to soil it when it comes to Clint or Ballenger.