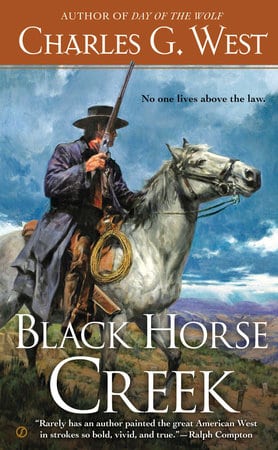 Jacob Blanchard, a ruthless cattle baron is the father of three sons, reared in the mold of their father. His favorite, however, is his youngest, Billy, and he at times is more than his father can handle. When Billy robs a bank in Indian Territory, killing a teller in the process, then kills a U.S. deputy marshal who comes to arrest him, he is forced to run to Kansas to evade the law.

Determined to catch Billy and hang him on the gallows at Fort Smith, U.S. Marshal John Council sends for the one man he knows he can trust to track Billy down, a man known only as Grayson. Few people know much about Grayson, except that he at one time had been a deputy marshal. Lately, he sometimes works as a bounty hunter. John Council offers a deal attractive enough to make Grayson accept the challenge. As Grayson discovers, finding Billy and arresting him is the easy part. Escorting him all the way across Oklahoma Indian Territory is another thing entirely. For Jacob Blanchard will stop at nothing to prevent him from taking Billy to the gallows.