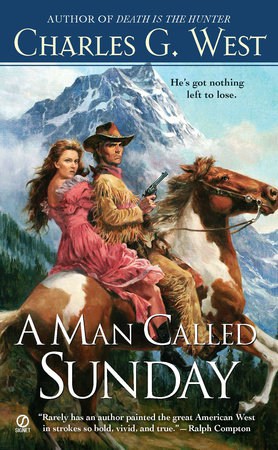 No one knew much about Luke Sunday. He was said to have lived for some time with both the Cheyenne and the Crows. They only knew for sure that he came into Fort Laramie with a party of Crow warriors to volunteer as a scout for General George Crook in a campaign against the Sioux. From the start, Luke didn’t get along with Bill Bogart, who was established as the chief bully among Crook’s scouts. The bad blood between them only worsened when Bogart was responsible for a cavalry attack on a peaceful Cheyenne village on the Powder River after assuring the army that it was Crazy Horse’s Sioux village. The trouble that ensued, resulted in a nasty fight between Luke and Bogart, and Luke’s dismissal as a scout.

Out of a job, Luke was talked into guiding a man and his wife to the settlement of Coulson on the Yellowstone. John and Mary Beth Freeman had managed to make their way as far as Fort Fetterman, but the army could not provide escort for them beyond that point. It turned out to be a perilous journey with near disasterous conflicts with both Indians and white men, as well as the appearance of Luke’s old enemy, Bill Bogart.